Tumultuous is not a word that I would like to use to describe 2014, or any year for that matter, but it somehow seems to be the most honest insight into my year gone by. It was full of exciting meanders, paralysing dead ends, indescribable euphoria(s) and challenging endeavours. It is indicative of the unpredictability of life, and a sobering reminder that perhaps some things are just written in the stars.

Like each year that has preceded it, I have learned and hopefully grown from it. I hope you enjoy my brief journey into 2014.

My American friends and world travellers, Nicki and Paul, visited Trinidad and Tobago at the beginning of the year, bringing with them their gorgeous daughter, Mahi. I had until then, still been plagued reverse culture shock after living in Japan for five years. They had inadvertently helped me rediscover the beauty of my country, and it was truly spectacular.

A flock of bright red Scarlet Ibis, the national bird of Trinidad and Tobago, make their way to their nests on the mangroves of the Caroni Bird Sanctuary.

An exceptionally busy month at work meant that my camera spent most of its time with its lens covered. However, on an unusually hot February afternoon, my mother returned home with a bag of tomatoes boasting of its unbelievable price. 39 tomatoes cost only… TT$2.50 (US$0. 37)! Equally shocked, I had to snap it. And yes, we ate tomatoes that entire week.

A bag full of tomatoes. Special thanks to my mother’s hand. =)

Carnival is the personification of what Trinidad and Tobago- colourful, playful, daring and sometimes, cheeky (pun intended). I believe, quite vehemently,that no picture can truly capture the happiness that Carnival brings to my country on these two days. However, on this Carnival Tuesday in Port of Spain the radiance emanating from this beautiful masquerader gives, I believe, a little insight into the unequivocal euphoria of what we call The Greatest Show on Earth.

A beautiful masquerader bursting with colour on Carnival Tuesday in Port of Spain, Trinidad and Tobago.

One of the things I miss most about Japan is the sweeping beauty of the cherry blossom. In Trinidad and Tobago, around the same time as hanami, or cherry blossom viewing in Japan, our tropical cherry blossom, the poui, brings the same joys with its pink petals.

This photo was ironically taken at a Hindu cremation site in Central Trinidad. The cherry blossom mirrors one of the ideals of Hinduism, which is reincarnation. The cherry blossom and poui, only last for about two short weeks, but one thing is certain; as devastating as its lost is, there is a comforting notion that it will bloom again one day. 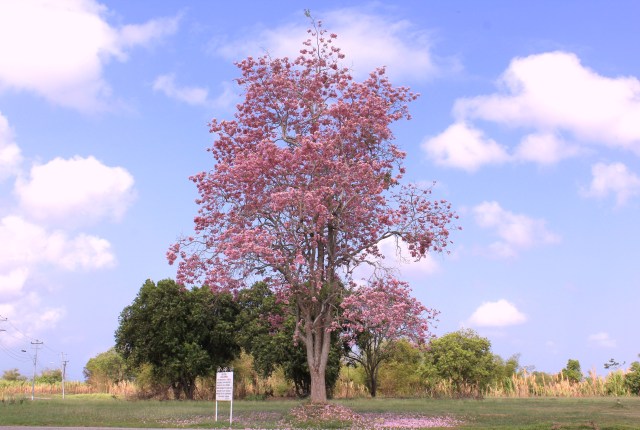 I was very adamant about not going to Mayaro Beach on this particular weekend, but my mother was forcefully insistent, and my sister and I vexatiously agreed. The next morning, the entire beach was carpeted in seaweed which gave it an eerie beauty. This was a stunning silver lining to a predictably boring weekend.

My best friend, Chantal, and I escaped Trinidad for brief getaway in the extraordinarily beautiful island of Barbados. On this day, we took a long bus ride from Rockley, where we were being warmly hosted by my friend, Clyde, in search of the highly recommended Bottom Bay on the eastern coast of the country. When we stepped off the bus, we got lost, thanks mainly to my unsurprising lack of direction. Noticing the indecisiveness in our eyes, a kind-hearted Bajan woman walked with us to the direction of the beach, and this is the postcard that embraced us. Our  paradise was temporarily found.

This photo of my beautiful best friend, Nadia, is the only photo I was most certain that would be in this blog. It represents many things-my love of black and whites; the beginning of (hopefully) a future exhibition called “Sputnik Sweethearts” named after Haruki Muramaki’s book “Sputnik Sweetheart” and the first Russian Earth satellite “Sputnik”; but most of all, it represents of the depth of my more than decade long friendship with the wittiest, and one of the most amazing people, I know.

I had been to the bamboo cathedral a very long time ago, but I had this urge to see again, and as usual, Chantal delivered. It was much smaller than I remembered, but it didn’t take away from its grandeur. I had told Chantal that it would be a perfect place to get married, and then the winds blew, and the bamboo began singing in what I hope was in agreeance.

September is a blur. It left as quickly as it came. I departed from my tropical Trinidad for a cool Leeds to pursue my Masters, and it was an utterly enjoyable albeit busy month. I remember walking around the campus and thought two things- one, the constant blue skies were atypical of the moody British weather I had often heard of; and two, the creeping red vines hinted at the changing weather, and metaphorically this particular moment in my life. 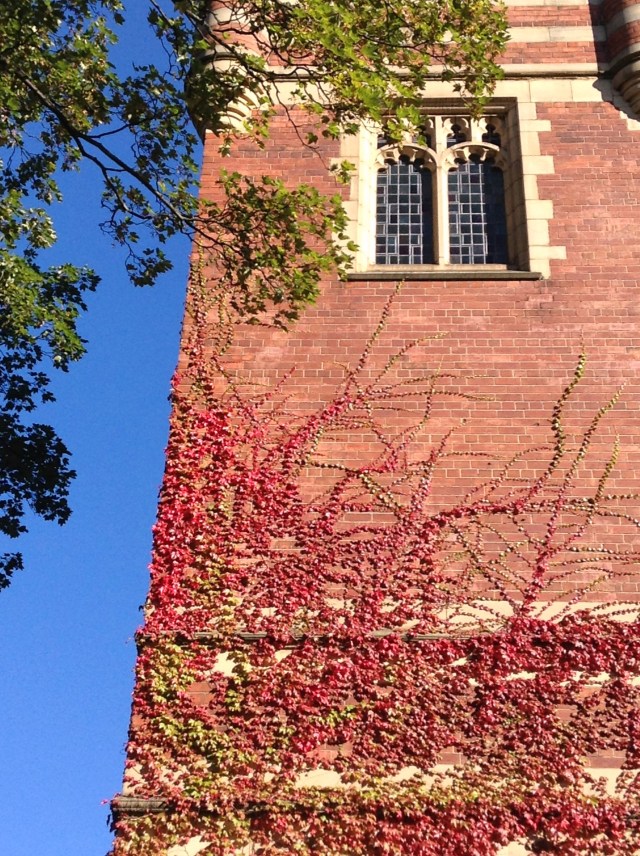 Creeping on. University of Leeds, United Kingdom. (Taken with my iPod)

A class autumnal trip to Lake District affirmed how incredibly breathtaking the English countryside it. I also have never counted so many sheep in my life. 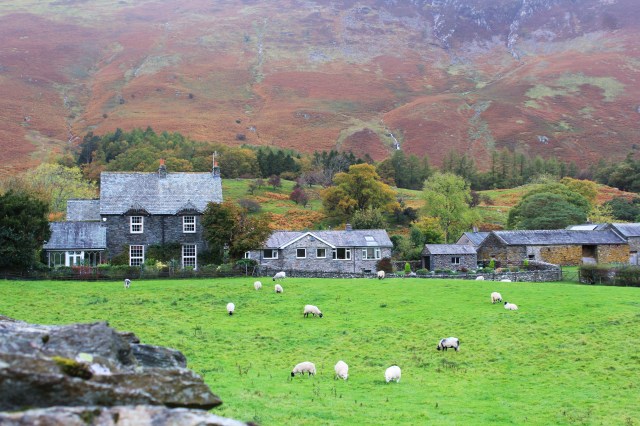 November reigned in the realities of academia in England. My evenings were spent borrowing and returning books from the library. Along the way, I would always pass the Majorie and Arnold Ziff building, and would think “It’s quite lovely.” 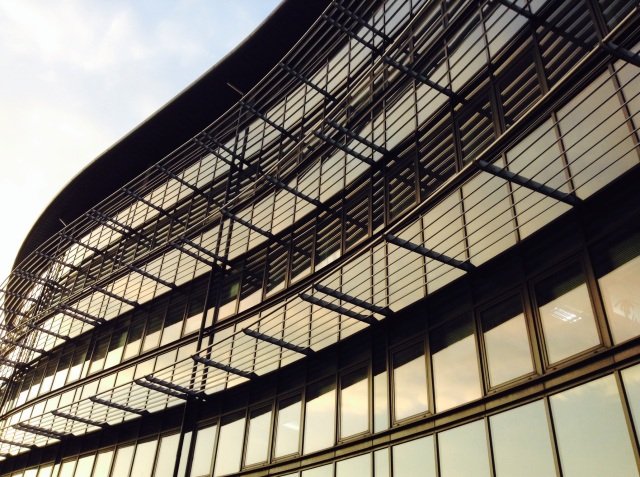 A boyhood dream was realised- I had made it to Turkey, and it was everything I had imagined it to be. There is an unexplainable romanticism that permeates Istanbul at its quietest moments. I felt somewhat hypnotised when I looked at the Sophia Hagia this night, but a hovering sadness prevented being lulled in. A few days earlier I had found out, very unexpectedly, that the one person I had ever loved, was now married, and the loneliness still lingers. 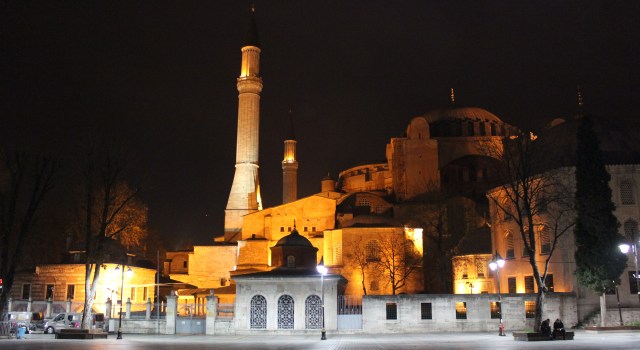 Jenson recommends: Measuring your happiness, love, adventures, hopes, dreams and successes by only how you choose to define it. =)

Have a look at: